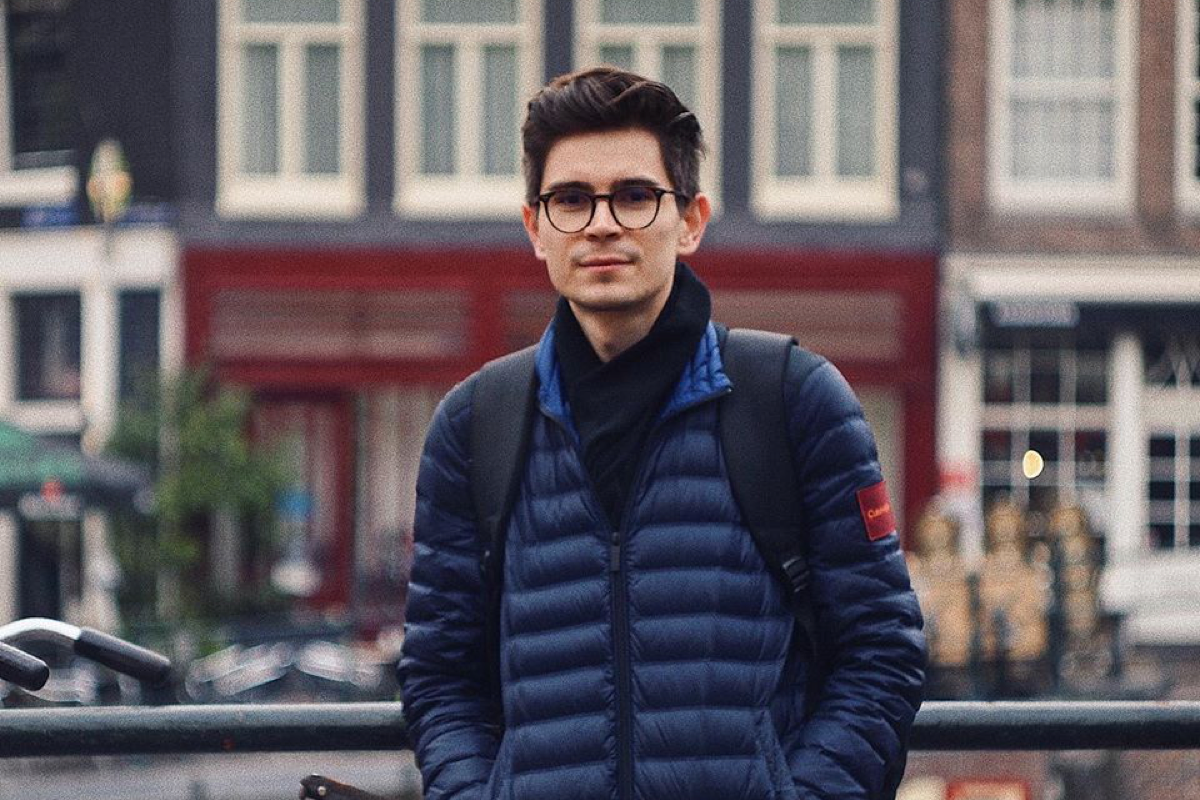 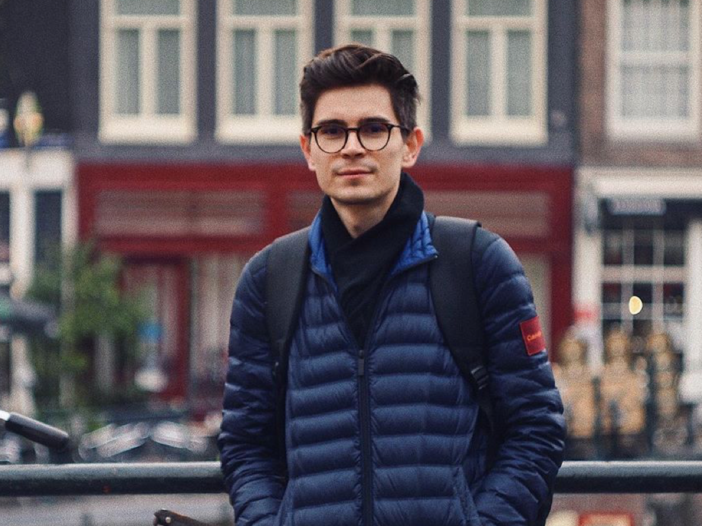 “If you have an idea and you believe in it, look for a way to do it. Follow your instinct, because it never fails.”

Marcos Mora is the Founder of a digital agency called WAOF (We Are On Fire) in Monterrey, Mexico. He currently leads the agency’s operations and development, as well as the department of design. WAOF works with clients based in Mexico and different countries from all sectors. Marcos has a degree in graphic design, and has been in Monterrey for four years, since he was 25 years old.

Marcos believes that there are many talented people, out there, and that because the hot weather forces people in the city and state in which he grew up – Ciudad Obregón in Sonora – to spend a lot of time at home just learning things, that anyone can do anything. Indeed, everything he knows about web development he taught himself. At 14, when the internet was still relatively new, he spent hours trying to understand how webpages and applications worked, and at high school – without knowing how to color text or how hyperlinks worked but nonetheless determined – he started a blog with the intention of producing a WordPress template. He went on to learn programming languages ​​such as PHP and Javascript and web layout in HTML5 and CSS, and his curiosity led him to keep going into other topics. He worked as a freelancer for a long time, and would occasionally accept projects without knowing how to do them, but was able to pull them off by doing his own research. All these experiences made him grow personally and professionally, and he is now very confident of his skills as a developer and designer.

Speaking about WAOF, Marcos believes that the agency’s success is down to the team:

“All the goals that they have achieved have been thanks to a team of talent. There are people and programmers who have taught me so much, designers who inspire me, project managers who bring out the best in me and people who I simply admire for their great talent. I’m so proud that they are part of WAOF.”

I created WAOF (We are on Fire) with my business partner Diego Pérez three years ago. We both arrived in Monterrey without a single contact, even without ever having visited the city. Little by little we worked out our route, polishing up our menu of services at the same time as founding the company. Now, we’re a full-service digital studio, focused on the creation of digital products, from communication to development. This means that WAOF has a wide range of services, mainly around the development of websites and web platforms, as well as communication on social networks and mailing and even creation of multimedia content. Being digital has allowed us to work with clients from different parts of the world such as New York, Paris, San Francisco, Mexico City, Zurich and more, including the likes of CEMEX, Farmacias Benavides/Walgreens, Airbus and Sesame Street, and be involved in new projects such as Housemap, Sunwise, Eyestar and many more.

As I think is the case with the vast majority of designers and developers, I spent time working freelance – this was in Sonora. Luckily, I participated in interesting projects that helped me grow my knowledge and expand my portfolio. Then I worked remotely for a technology company based in Texas. Finally, along with my current partner, I was put in charge of the digital area of a large advertising agency in Monterrey. That was the big break, because we learnt a lot about what it’s like to start a new area from scratch.

I realized that what I did as a hobby could be professionalized and therefore generate income. Little by little, I realized that not many people were doing the things that I knew how to do. All the paths I took and decisions I made pointed towards the fact that the right thing for me was to do something on my own. In short, my biggest motivator was the freedom to create great things that I was proud of.

What tools or skills were the most useful for planning the start of your project?

I think it was the partnership I managed to build with Diego. His being the brains in sales and my focusing on technical skills such as development and design allowed us to polish a product of high quality and at the same time transmit our ideas to the client, pursue new projects and strengthen the portfolio of what was a new, growing agency.

Which were the main economic challenges you faced during your project?

Definitely the first year was the most difficult, and not only financially speaking, but, on this topic, something that I personally am very proud of – and I know my team are too – is that we started from zero, literally. A downside of starting from scratch like that is that your growth is much slower, but the learning that it forces you to do is priceless. We struggled every day with personal and business expenses, we agonized over every penny. Being from outside the city meant that our expenses were high and the uncertainty almost killed us. I personally didn’t have a plan B, so failure was not an option. Both my partner and I burned our boats when we started out on this venture, but things got much more healthy as we finished more and projects.

How did you get your first customer?

It’s funny but I like to think that my first client was Google. 13 years ago I made a technology blog on which I published daily articles. After a year, I managed to hit the minimum amount of advertising revenue in Google AdSense and they sent me a check, which I never cashed. I still have it.

What was the role of your support network, mentors or sponsors at the start of your project?

More than mentors, I had role models. I have always admired the people who make the internet – talented designers on Behance or Dribbble, programming geniuses with great projects on Awwwards or Github. For me, there’s no greater motivator than seeing the work of others. Of course, there have always been people in the real world who have supported us on a  business level from the beginning, giving us everything from legal advice to talks on technology. I will always be immensely grateful to these people.

What is one habit of yours that makes you more productive as an entrepreneur?

More than habits, I have routines. I have my day very clearly marked out, from my cup of coffee in the morning, to listening to my favorite music. That stops me from going off track, and allows me to get the day’s tasks done.

Is there a book, series or podcast that you’re particularly into right now?

Not really, I would say to read or listen to whatever it is you like. You never know where you can find inspiration, or even a subject completely different to that of your project can help you make new connections. My recommendation is to diversify. Read, watch, play and listen to everything.

I would say if you have an idea and you believe in it, look for a way to do it. Follow your instinct, because it never fails, only teaches you and leads you to something better. That took me a long time to learn. The fear of failure limits us too much, but you can never learn anything if you never do anything. The path to success is really fun, and it’s the path I’m on.