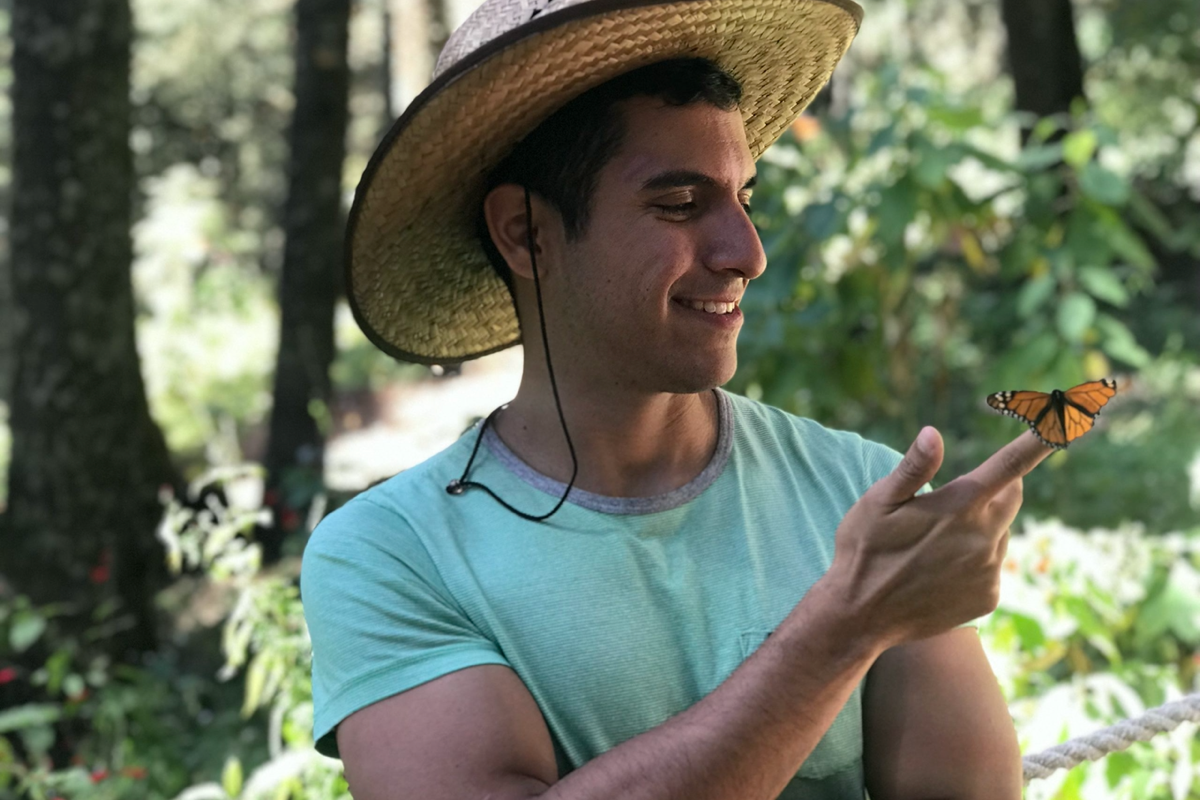 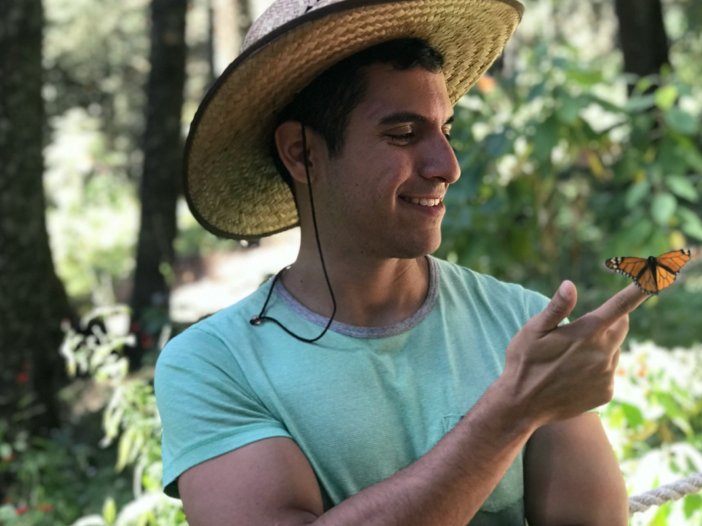 “Carry as little as possible, but choose that little with care.”

Jorge De Leon was born in Tamaulipas, Mexico in 1993. He has a degree in Communication and Information Sciences from the University of Monterrey. He has lived in three countries other than Mexico that have had a deep impact on him: Brazil, Egypt and France. Thanks to his travels,he is fluent in several languages, such as Portuguese, French and English.

Jorge has had a deep love for the cultures and diversity of Mexico since an early age. His desire to share Mexico’s rich offering was his main motivation to create his YouTube channel (Jorge De Leon). On this channel, he focuses on travel content and promotes a wide variety of places in Mexico and around the world.

In order to enrich his videos with different perspectives, Jorge’s travel companions are of various nationalities. He has also had the opportunity to interview people from different cultures about their traditions and beliefs including Palestinian and Jewish Orthodox communities.

Nowadays, Jorge has videos with millions of visits and hopes to carry on growing in order to continue bringing  the wonders of Mexico and the world into viewers’ homes.

I created the Jorge De León YouTube channel five years ago with the purpose of sharing my travel experiences. Through it, I promote the natural beauties of Mexico, especially those sites that are not yet discovered, or famous.

Every month, the channel has more than 1 million views. This has allowed people that work in tourism in the places I promote to grow their income and keep supporting their families.

I studied a Bachelor’s in Communication in Monterrey. In 2017, when I finished studying, I worked as an assistant and then in the Communications area at the Mexican Embassy in Egypt.

During my time at the Embassy, I worked on the protection of the Mexican community in Egypt. The embassy protected those Mexican women who traveled to Cairo to follow up virtual romances. These women were vulnerable to become victims of abuse, extortion or deprivation of liberty. When they reached out to us, we helped them go back to Mexico.

You can see the video of Jorge interviewing women moving to Cairo for love here.

As an assistant in the Communications area, I managed social media networks. I also created videos with the aim of publicising the cultural and cooperation activities carried out by the Mexican Embassy. These videos reached thousands of views on the Mexican Embassy Facebook page. Also, I wrote political reports.

You can see some of the videos of Jorge in Egypt here.

There are a lot of places in Mexico that have the potential to become  tourist attractions and economic hubs that people just don’t know about. I believe that if people start to travel more widely within Mexico, it will contribute to the development of the country. This is  especially the case in the north of the country, which has plenty of great natural parks and an incredible diversity of landscapes, but it’s just not that well known..

You can see the first video of Jorge in the north of Mexico here.

What have you found are the pros and cons of being your own boss?

You set your own goals in your life, so you have to have a lot of discipline and determination in order to achieve your goals.

What tools or skills were the most useful for planning the start of your project?

Storytelling is a key skill for the videos, and I learnt about it in documentaries. It was also important to learn about how to edit sound and video, of course. But above all, the main thing is to have the initiative to start traveling and make the first steps to get your project started.

Which were the main economic challenges you faced during your project?

As part of my plan to improve the quality of my videos, I decided to invest in my first drone while I was in France. After France, I traveled to Egypt and when I  arrived at the airport, the police took away my drone. I didn’t know that in Egypt drones are an exclusive weapon of the army. This affected my finances as I had saved money in order to buy it but wasn’t able to improve the quality of my videos after all.

How did you get your first customer / client / money earned?

My first client was the Mexican Ambassador in Egypt. He became interested in my video-making skills and invited me to create video content for the Embassy’s social media channels. I filmed a lot of Embassy events, and the videos increased their numbers of followers, as people felt more engaged when they saw everything the embassy was doing for expats.

You can see some of the videos of Jorge for the Mexican Embassy in Egypt here.

Also, around that time, my YouTube channel started growing, so I was a candidate for monetization. I filled in all the documents and connected my YouTube channel to an AdSense account. The way it works is that when you have 1,000 views, you earn one US dollar. Then it happened! The first time I received a payment, I screamed!

I was so excited because I was just getting back to France from Africa and I didn’t have many sources of income, so this helped me to support myself financially. Nowadays, I have a recurrent revenue and I use this money to improve my recording equipment, so my videos are of a better quality and therefore have more views. This has become a kind of positive feedback loop,and I’m seeing the returns on what I’ve invested in the past.

What is your perspective or philosophy regarding uncertainty or the unknown?

Discover the unknown, risk doing things that others have not done, and trust yourself and those around you. Create a support network. And remember that if your project grows, it will benefit more people, so networking is important.

What is the most important thing that you’ve learned?

Don’t give up no matter the circumstances, and be persistent. There are still many goals to achieve and a long way to go.

If you could give some advice to yourself a few years ago, what would you tell yourself?

Read a lot, learn languages, especially English, and dare to live your dreams as soon as possible.

Is there a book, series or podcast that you’re particularly into right now?

The Kraig Adams podcast. He is a producer of audiovisual content and a digital nomad. He’s a role model!

Entrepreneurship gives you the opportunity to have greater financial freedom but also responsibility to achieve your goals. Find the balance. It is difficult to start and continue. It is always important to improve and keep an open mind to adapt to changes and the challenges that appear along your way.

And remember, the main purpose is to make your dreams come true, take the first step now!